That's right folks! We are only a few days away from one of the most epic parties to hit Toronto since...well the 90's....the GLAM! 90's Retro Dance is coming!!

It is going to be an epic night! Full of amazing Prizes (Did someone say 90's DVD collection?), Stellar Performances, And the best 90's hits you can remember (and maybe not remember). If you haven't got your tickets yet then make sure you click here to buy them ASAP! You do not want to miss this event.


For those who need a recharge here are all the details for you: 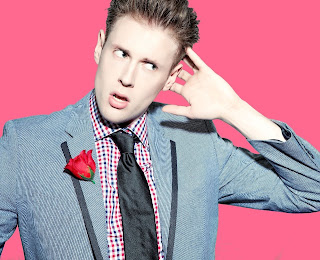 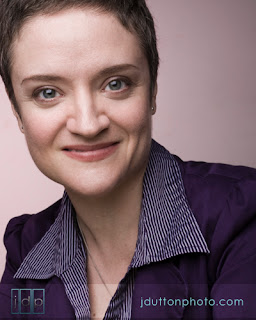 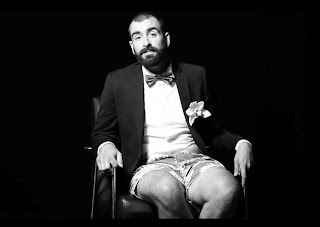 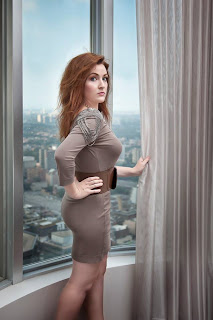 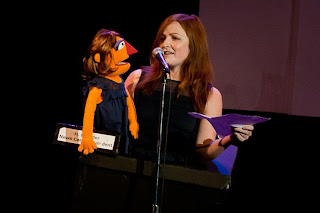 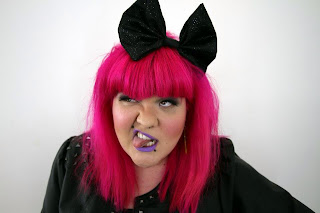 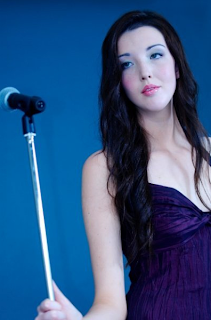 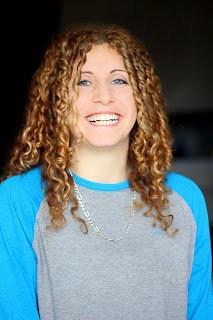 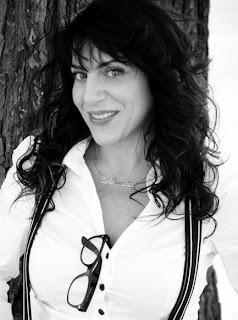 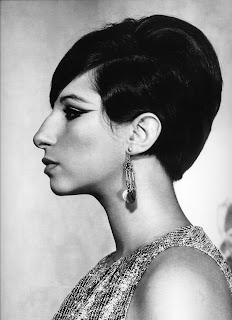 Legend in his own World
Mark Rochford
*This is not him in drag....

And of course hosted by Toronto's most unknown Comedian
Topher McFarlane 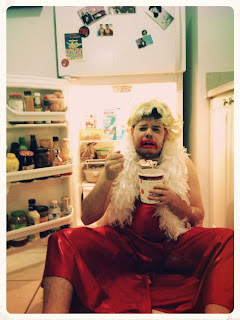 That's Right Folks - The GLAM! 90's Retro Dance is just under 2 weeks away and we can not wait!! It's going to be an epic evening!

We have lined up an amazing group of Comedians, Performers, Singers and Guests to participate in this evening of pure comedy bliss filled with 90's Hits! I can promise you it will be epic...

And did we mention the PRIZES!! PRIZES!! You can literally be guaranteed to walk home with something (or someone)! One word - EPIC!!! 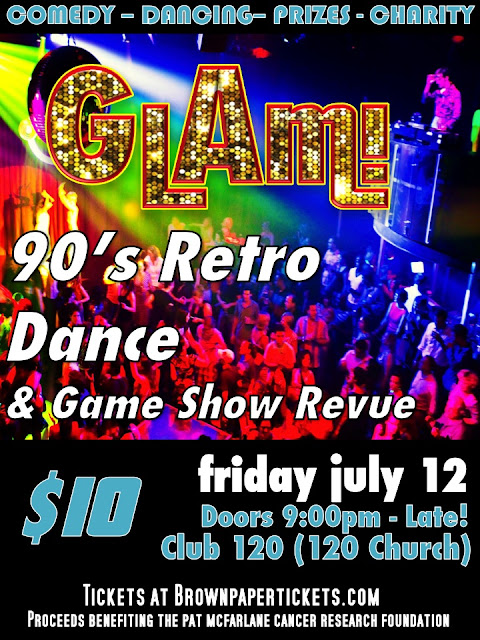 For more information on The GLAM! 90's Retro Dance Click Here
Posted by GLAM! A Variety Show of.... at 8:41 PM

When it comes to Glamorous, exciting and fabulous events there is nothing more epic than TORONTO PRIDE! The annual weeklong celebration brings out the best in the city for events and parties of all calibre!

In the past we have been so busy planning our own Pride shows that we haven't had a chance to take in all that glitters and sparkles during Pride. Well not this year!!

GLAM! has decided to jump right into the thick of the best Party of the summer by presenting our own version of the GLAM! Game Show Revue in the heart of the Festivities! That's right on Sunday June 30th from 5:30 - 6:00pm (That's right after the Parade) GLAM! will be hosting a set of fabulous GLAMAZON's as they play with you, the audience, round after round of Match GAME! 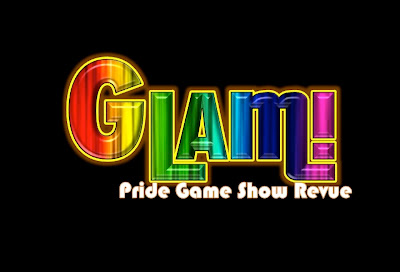 Lots of Prizes and FUN!
Click Here for more info! 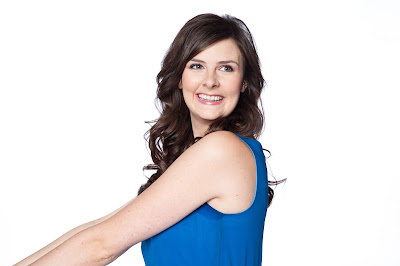 This funny woman has appeared at every GLAM! since the beginning and we couldn't be happier to have her back! Her humour, personality and quick responses make her a hit on the stage....she is like the Brett Somers of our show, but with the looks of a young Betty White! Check her out all summer as she tours Ontario with the hilarous Mary Janes of Comedy Tour "Escape the City". 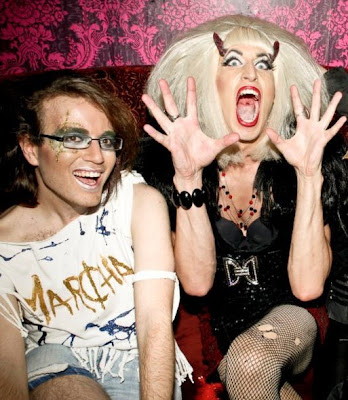 We aren't legally allowed to do a Pride Event with out the incomparable Vicki Lix appearing...this literal GLAMAZON has performed on our stage numerous times and each time has us laughing from the inside out. Who knows what she will be wearing, let's hope the double sided tape holds up in the summer sun! Check her out as she kicks butts and takes numbers every Sunday night at Crews & Tango's Annual DRAG RACE - Take home the crown Mama. 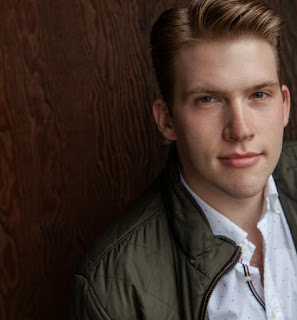 Is there anything better than a hot guy who can sing? Probably not....No stranger to the stage, Kevin has been dominating Toronto's Theatre scene since arriving from New Brunswick. His enchanting voice and mesmerizing performances captivates any audience it's no surprise he was cast as the original Sinatra Seven in Victoria Playhouse's production of The Songs of Sinatra - Even Ol' Blue Eyes himself would have been impressed. 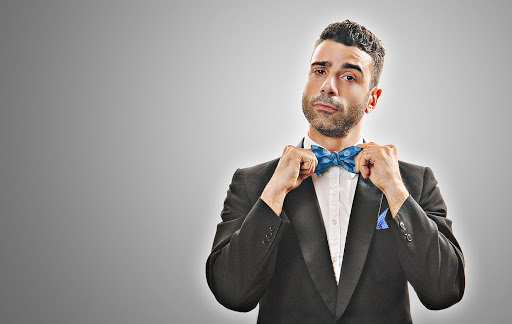 We are so excited to have Phil join the panel at GLAM! He is a power house in the Toronto comedy scene hosting and producing not one, but THREE monthly shows in and around the city: The Sale & Sandy Show, The Bong-a-Long Show, and Slides & the Family Stoned. There is nothing this man can't do! Literally, did we mention he also directed Sandra Battaglini's solo show which was also nominated for a Canadian Comedy Award....Impressive! 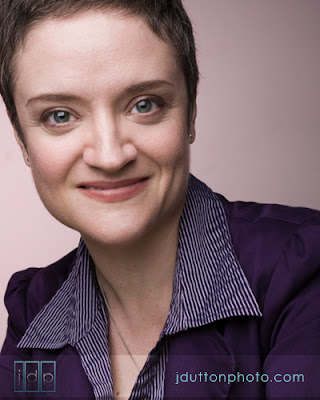 At GLAM! we consider Marilla one of the prime examples of a true GLAMAZON, her hilarous wit, charm and ability to make anyone laugh is what every comedian, performer and all together human being should strive for. When she isn't creating an international sensation of cuteness with her Yarn Stash Bears, Marilla can be heard as the commanding voice on TV's "The Panic Button." Always busy, and always creating, Marilla doesn't let a steady TV presence stop her, as she prepares to mount her new one woman show "Lost and Found" on July 27th at the Flying Beaver Pubaret! 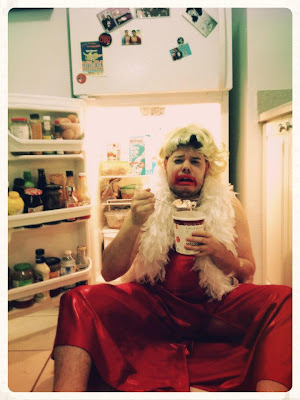 Creator and Producer of GLAM! and TheSketchers.com Topher returns to tease, joke and laugh with the audience as he leads the Panelists through round after round of the Classic Match Game with a GLAM! twist! A Gay Comedian from Brokeback Mountain Country, Topher is here to do one thing - to make you laugh!

So to quote Rod Roddy of Price is Right Fame "Come on Down....You're the next contestant on GLAM!"
Posted by GLAM! A Variety Show of.... at 4:21 PM What does The Spice Girls, Kelly Kapowski and Betty White all have in common? They are all making star-studded appearances* at the newest GLAM! 90’s Retro Dance!

That’s right on Friday July 12, 2013 - GLAM! is pulling out all the stops for an evening of epic entertainment that will leave you begging for more! Join the hottest guys and gals at Club 120 (120 Church St.) for the best 90’s Hits & One Hit Wonders!

DJ Kenny K will be doing his best Rick the Temp impersonation as he spins the hits and blasts the classics from Britney to Whitney! It’s an evening that even Cher Horowitz would be impressed by!

And if that’s not enough to wet your fancy – GLAM! is bringing it’s GAME SHOW REVUE back to fill the house! In between BSB and *NSYNC battles – gear up for an all-new edition of our Legendary MATCH GLAM! featuring Toronto’s funniest and most talented Comedians, Performers and Celebritots – MATCH GLAM! is sure to have you laughing and cheering as you and your friends compete for EPIC prizes.

Only $10 with proceeds benefiting the Pat McFarlane Cancer Research Foundation (www.PMCRF.com) a non-profit charity that raises money for the most in need areas of Cancer Research and support.

*Appearances may be stock video footage only.
Posted by GLAM! A Variety Show of.... at 5:44 PM

We are so excited to announce the first EVER GLAM! 90's Retro Dance Party!

That's right this July 12th, 2013 - GLAM! will be presenting it's first ever TOTAL Entertainment Evening! Drinking! Dancing! Singing! Comedy! Prizes! All for the Canadian Cancer Society!!!

It's going to be EPIC!

So Keep it posted for more information as that develops!

Like TY Beanie Babies and Britney Spears you can't keep us down! We are excited to announce that we are currently in the preliminary stages of launching MATCH GLAM! our own very own take on the Game Show Classic MATCH GAME.

MATCH GLAM! will be a monthly event in Toronto for people to come out and enjoy a night of pure comedy. Featuring some of Toronto's most glamourous, fabulous and all around funny people trying to win prizes just for you!*

We are excited to launch this new endeavour that will bring some of the best to a stage for your mass consumption! Stay tuned for more developments as we move forward in 2013! And get ready to Match the stars!!! 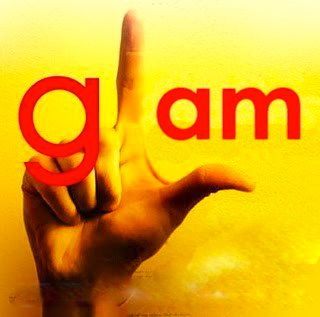 *Prizes may or may not be comedy over quality - but who cares when you're drinking!

Thank you from GLAM!

Well what a run it has been! On Wednesday we wrapped up our 2nd night of the GLAM! Pride Game Show Revue and couldn't be more happier with the contestants, panelists and fun we had! We raised some good money for SOY which will go directly to helping GLBT teens in Toronto with community development and support.

I am honoured to be a part of GLAM! and all that it has done with all of our past events - GLAM! Pride Editions, Halloween Hangover, 1st Annual & Cancer Can Sux it Edition. GLAM! is an event that showcased some of Toronto's best and focused on raising funds for amazing causes and I am so honoured to have created it 2 years ago.

Sadly, after much thought and debate I have decided at this time to retire the GLAM! Live Show for awhile. I am working on developing the same feel - a cocktail party vibe - for television and hope to have some test pilots of that in the future.

To all the GLAMAZONS - thank you! You are what inspire me to be better then I am everyday - You are talented and it amazes me daily at what skills you can bring to an event!

To all the audience members who have ever attended - continue to demonstrate Glamour, Power and Humour in Your life - because in the end that's all it takes.

And finally - to my Mom Pat McFarlane - who was the reason I did GLAM! The Reason I push myself daily - you embodied perseverance, laughter and humour - GLAM! was always and will always be a representation of you.

Thank you all! Goodnight and have a pleasant tomorrow.

GLAM! A Variety Show of....
GLAM! is a night of performances exemplifying Glamour, power and humour in Toronto’s unique community of artists, comedians and performers. GLAM! brings together some of Toronto's best for a night of fun, glamour and humour.